014: The Power of Probably with Matt Hale 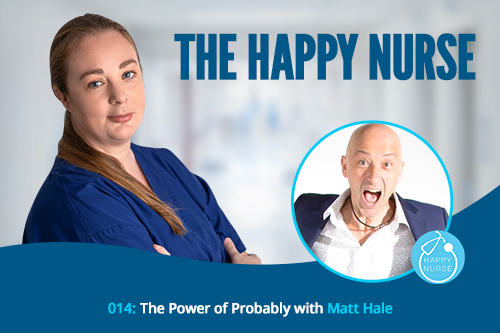 Is your fear of failure and your inner critic keeping you from pursuing your goals? One of the key ingredients for growth is being open to failure.

In this episode we delve into the ‘Power of Probably’. Telling yourself “I can probably do that” instead of “I wish I could do that” changes your mindset on how to approaches things that are out of reach.  Although you will prove yourself wrong plenty of times, by being on the other side of “probably” you will have far more wins and open up more opportunities.

When you entertain the chance of failure, you remove its power. When you fail, you learn things in the process. So the next time you have a goal that you want to achieve, tell yourself, “I can probably do that.”

TOPICS WE DISCUSSED INCLUDE:

In addition to his live hypnotherapy shows, he’s filmed a TV special for Channel Seven, is a keynote speaker with his presentation and bestselling book “Mind Hacking Happiness”, he has released his own range of hypnosis audio programs and conducts group seminars on a variety of subjects including memory, stress-busting, motivation, sales training, weight management, and smoking cessation.

Recently, UK bookmakers William Hill officially issued odds of 1000/1 of him replacing Daniel Craig as the next James Bond.

Matt’s favourite pastimes are foil-surfing, surfing, snowboarding and traveling with his wife Kathryn.